- THIS SECTION IS CURRENTLY UNDER DEVELOPMENT -
​

the garden, the blinker, the sax on belgrade saxperience festival

a weill ago in paris.

​orthostasis/excitotoxicity for harp and viola

the conversations start - the project of cultural exchange initiated by dear colleague and friend paul preusser is launching. pieces for solo piano by contemporary composers from serbia and poland are performed in two cities, just a week apart. 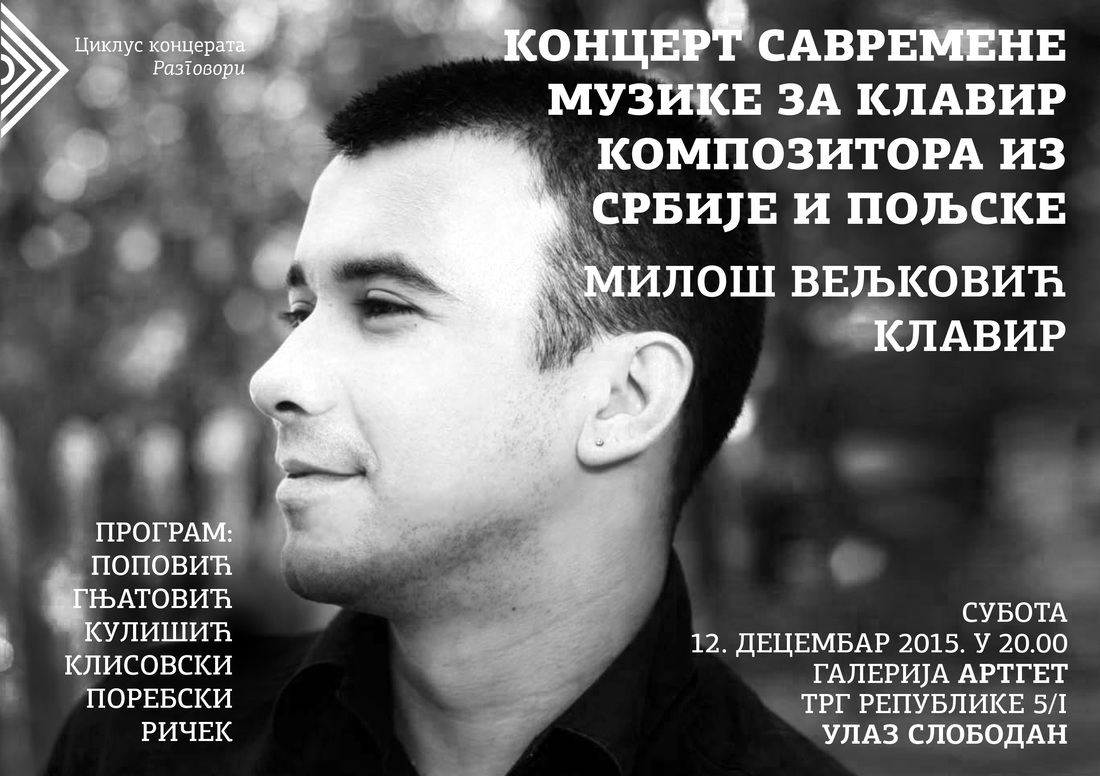 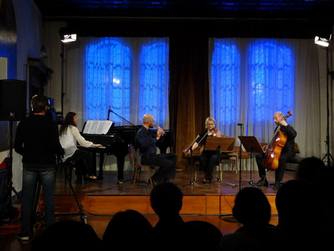 silent strokes and indoor clouds. photo courtesy of biennale koper.
the jury of the 2nd composition competition - vinko globokar (france/slovenia), president of the jury, fabio nieder (italy/germany),
steven loy (usa/slovenia), uroš rojko (slovenia), sidney corbett (usa/germany):
"... The piece was choosen to be performed at the concert during the biennale and the composer ANA GNJATOVIĆ received the special mention for the most effectively written piece for all the instruments." 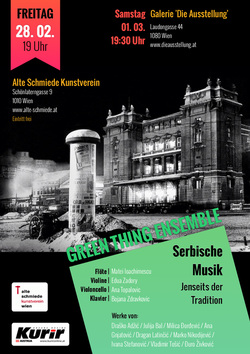 ﻿silent strokes and indoor clouds will have its first performance(s) in vienna. featured in a very exciting project serbishe musik jenseits den tradition, selected and performed by the amazing green thing ensemble. 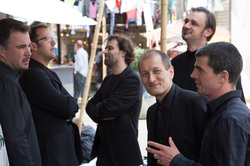 sunday, november 10, first performance of auscultation: tin cry for accordion solo, commissioned by and dedicated to the amazing vladimir blagojević.  22nd international review of composers in belgrade - step into the unusual, hall of the national bank of serbia, 8pm. entrance free.

balance-lost for chamber choir is performed
in two european festivals this autumn. 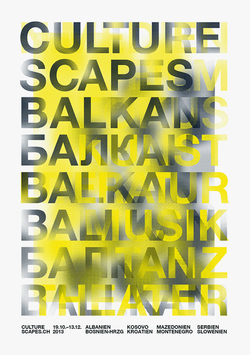 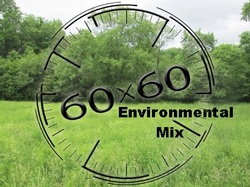 phyllody. quiescence. for chamber ensemble was awarded 3rd prize at the 7th pre-art competition for young composers! it will be premiered this autumn by pre-art soloists ensemble.

As I proudly announced earlier, I am a composer commissioned by Jugokoncert to represent BEMUS Festival in this season's edition of MusMA - Music Masters on Air, a European Broadcasting Festival dedicated to promotion of young emerging composers and their work. The theme for MusMA IV was Man and Music - Stages of Life, new pieces for chamber choir, and it was proposed by Festival Wratislavia Cantans from a wonderful city of Wroclaw in Poland. And the journey of my piece titled Balance-lost, started right there in Wroclaw, on a two-day MusMA atelier, followed by concert featuring it among other amazing new choral pieces written for that occassion. Balance-lost awaits at least four more performances in the upcoming season, three of which very soon, this autumn.
june 8-9,  MusMA atelier at ossolinski national Institute in wroclaw.
june 9, Balance - lost at MusMA concert, ossolinski national institute, wroclaw, 7pm. wroclaw philharmonic choir, agnieszka franków-zelazny, conductor. 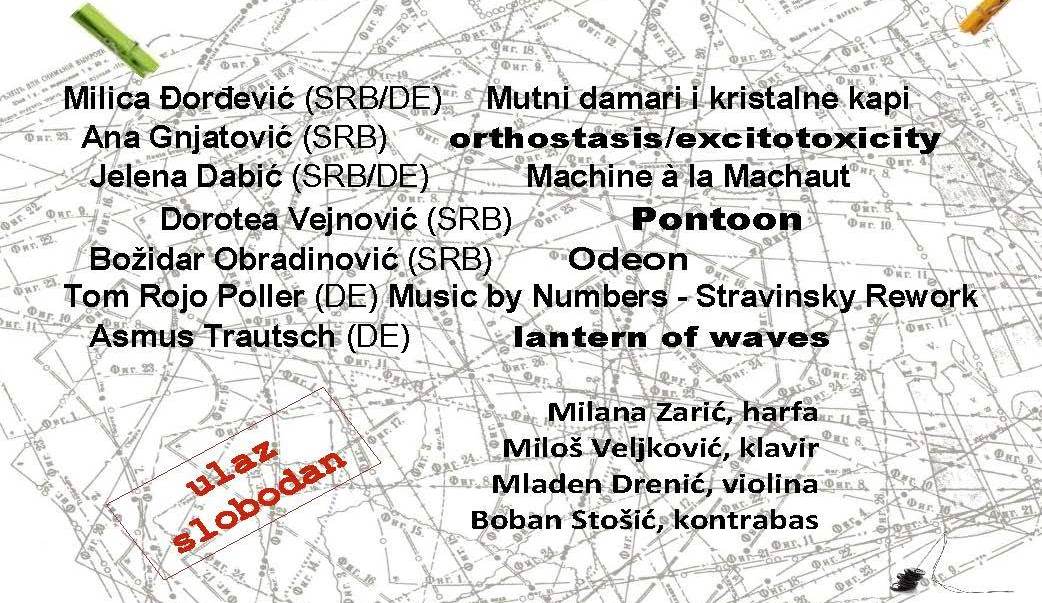 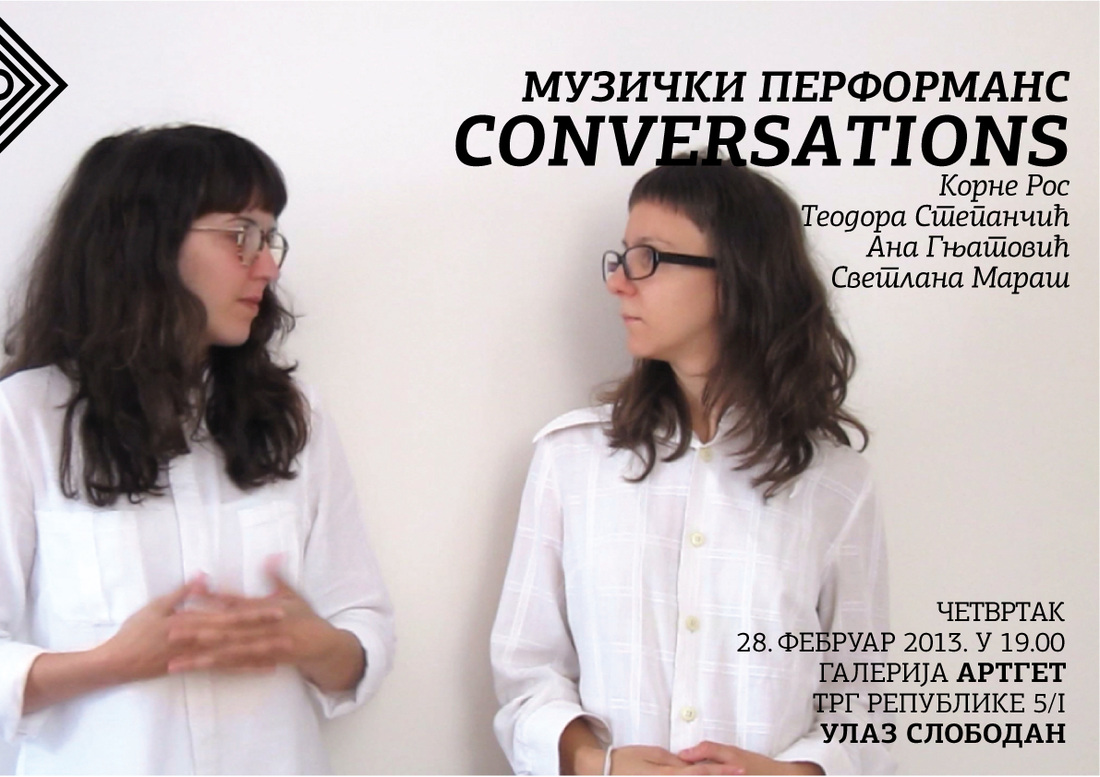 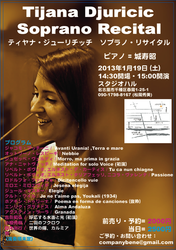 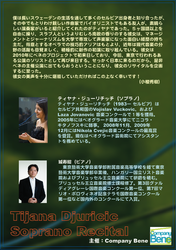 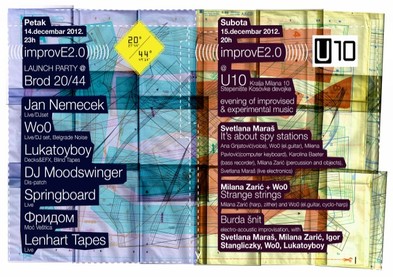 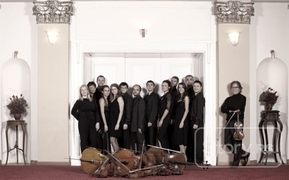 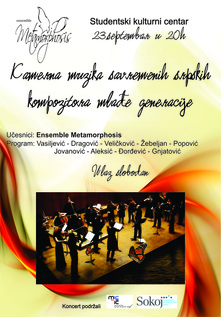 june 21, a chance operation: the john cage tribute, multimedia event on the occasion of the anniversary of the birth of the composer and the world's music day.
premiere of extended lullabies, an improvised tape-piece inspired by cage.
and performing cage: nowth upon nacht, she is asleep, litany for the WHALE (w. draško adžić). 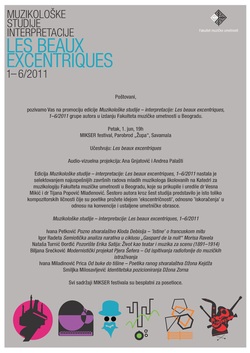 check out the promo jingle below. 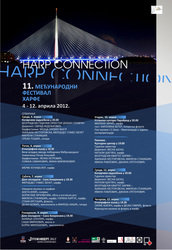 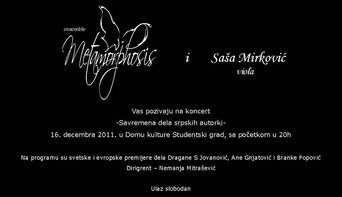 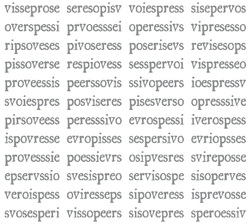 danish composer group dygong established in 2004 by
regin petersen,
nicolai worsaae,
simon løffler and
christian winther christensen
is dedicated to production of experimental music concerts and events in and outside of denmark. 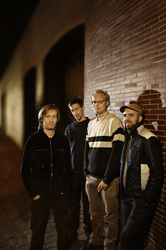 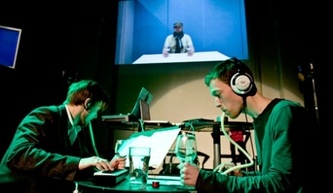 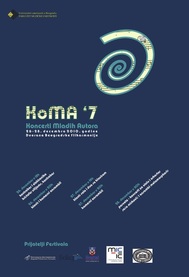 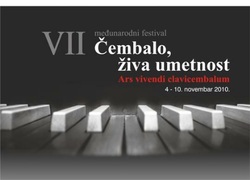